Looking forward: News to watch in 2018

As we enter the new year we continue a tradition of looking forward toward some topics that we think may shape Four Corners events during 2018.

Looking forward: News to watch in 2018

From The Daily Times newsroom:
We wish our readers a Happy New Year and hope that 2018 brings renewal and new opportunities for the Four Corners region and its residents.

The year 2017 brought good news and bad, triumphs and deep tragedies.
As we enter the new year, instead of recounting news you’ve already read, we continue a tradition of looking forward toward some topics that we think may help to shape some events during 2018.

Below are a some of the areas we’ll be watching. 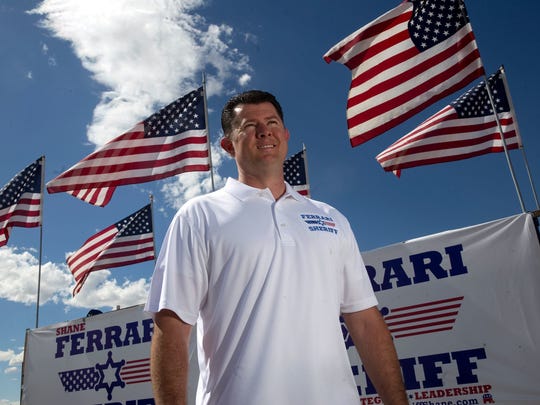 Shane Ferrari stands next to campaign signs in August at McGee Park in Farmington. Ferrari is one of two announced candidates for San Juan County Sheriff. The other is Farmington resident Tommy Bolack. (Photo: Daily Times file photo)

Another race to watch will be the San Juan County Sheriff's race. Currently Undersheriff Shane Ferrari and Farmington resident Tommy Bolack have announced plans to run for the position.

In November, New Mexicans will have a chance to elect a new governor. Democrats are looking to reclaim the seat. Gov. Susana Martinez has reached term limits. 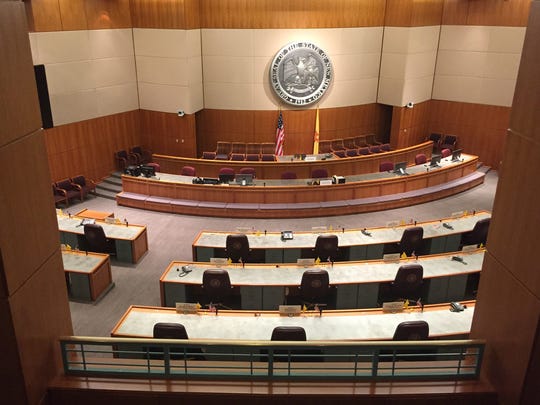 Bills are already filed as legislators prepare for the legislative session to begin this month. (Photo: AP Photo/Morgan Lee)

Another government story to watch this year is the state's legislative session, which starts in January. Local state senators and representatives are introducing bills aimed at keeping the San Juan Generating Station open past 2022. (See story topic below.)

Navajo Nation
This will be the first election under the amended language qualifications for the Navajo Nation president and vice president.

In July 2015, voters approved a referendum to change the language qualifications for two of the tribe's top offices by having a candidate's ability to speak and understand Navajo and English be determined by voters when they cast their ballots.

This change could open the door for a new field of candidates to seek the office of the president and vice president.

Former vice president Rex Lee Jim and Dineh Benally, farm board member for Shiprock Chapter, have announced their candidacy for the presidential office. 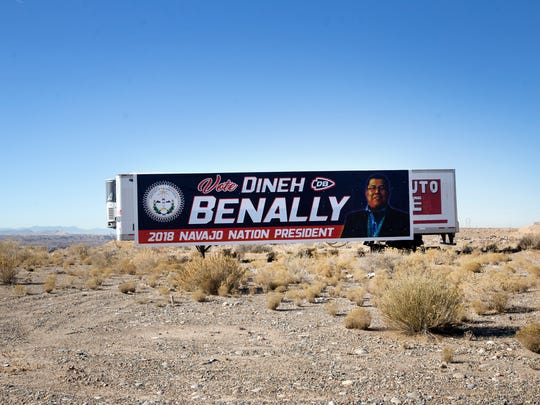 The filing period for candidates seeking these offices will open on May 17 through May 30, according to the Navajo Election Administration.

The primary election is Aug. 28 and the general election will be Nov. 6.

San Juan Generating Station is pictured in a file photo from Wednesday, Jan. 13, 2016, at the San Juan Mine in Waterflow (Photo: Daily Times file photo)

More than 25 percent of the tribe's operating budget relies on revenue from the power plant and from the Kayenta Mine, an entity of Peabody Energy and sole supplier of coal to the plant.

According to the Salt River Project, the operator of the plant, there are more than 400 full-time employees and 90 percent of the workforce are Navajo.

The decision to close the Navajo Generating Station was reached by its owners in 2017 because of federal environmental regulations and the rise in producing energy by natural gas. 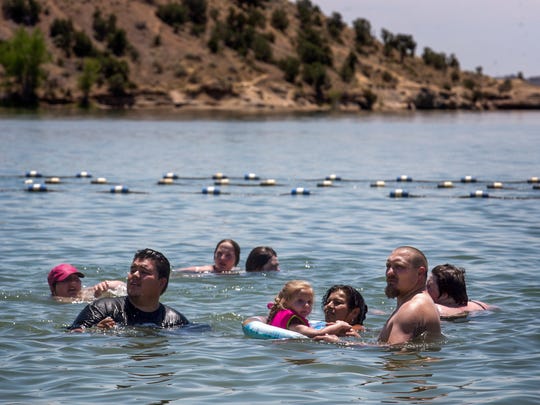 Recreation
A bond refinancing plan could help the city of Farmington pay for several quality-of-life projects, including a new aquatic facility, a complete river trails system and a new miniature golf course.

The City Council moved forward last year with a plan to replace the aging Brookside Pool by creating an aquatic facility. The city will refinance bonds to generate up to $6 million for the pool.

The council may consider using a similar approach to finish the east and west sides of the Animas River Trail.

Also on the books for completion in 2018 is a new campground at Farmington Lake, where summer saw a successful season for recreational swimmers and no takers for a bus to the lake’s well-monitored beach. Look for swimming to continue at the popular beach area, but possibly without last year’s bus service.

As last year drew to a close our staff dug deep into finding trends such as tax collection, crime, real estate sales and school funding, enrollment and school staff retention. The result was our 2018 premium publication, “Looking forward: What’s next for San Juan County.”
Subscribers who missed that last month may go to www.daily-times.com/section/special-publications/ to get a deeper look at the status and future of municipal governments, school districts and the local economy.