Grace Place Pregnancy and Health Center was the 2017 recipient of donations from Cozy Christmas.

Cozy Christmas has raised more than $60k in five years

FARMINGTON — The shelves of the Grace Place Pregnancy and Health Center’s in-house store will be stocked for the time being, thanks to a group of local kids.

“Oh, (it will be stocked) for a couple of years,” Heather Faverino, executive director of the crisis pregnancy center, said as about a dozen local student unloaded a box truck full of donations at the clinic. “At least the next year.”

This year’s Cozy Christmas fundraiser involved 11 schools and a handful of business partners in the Four Corners, and raised approximately $6,300 for Grace Place, according to Clugston’s mother, Christy Clugston.

The donations are going to Grace Place’s in-house store, where clients who complete parenting classes and other programs earn credit that can be used to purchase items from the store, Faverino said.

“(Clients) earn 'baby bucks' or fake money that they can purchase things in our store,” Faverino said. “They can purchase a crib and a carseat, which we buy brand new, and because Cozy Christmas blessed us, we’re going to have plenty more for families.” 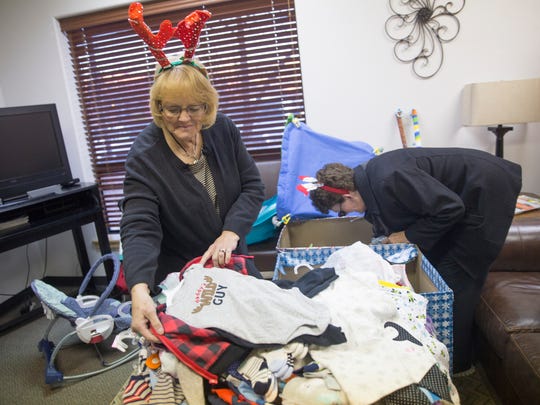 Taylor Clugston said she has been organizing Cozy Christmas drives for five years in Farmington and in Billings, Mont., where her family lived for several years. It started when she realized, as a County Club Elementary School third-grader, that some children don’t receive presents for Christmas, so she wrote a letter to Santa, asking him to give her presents to others in need.

She began collecting donations to give to organizations that “God puts on (her) heart,” she said.

Childhaven Inc. was the first recipient, and the program continued when the Clugston family moved to Billings, where homeless young people through the Tumbleweed Program and families in need through the Young Families Early Head Start program were recipients of Cozy Christmas, according to Clugston and her mother. 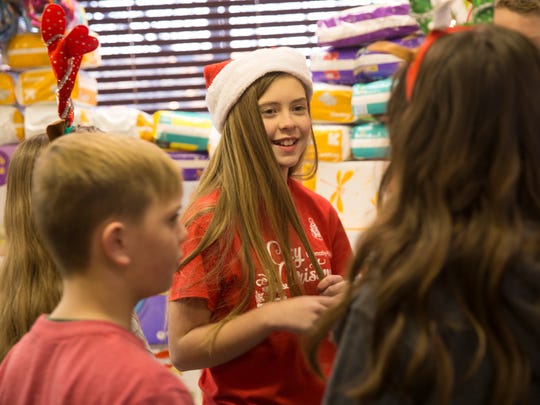 Christy Clugston said the Cozy Christmas drive has raised approximately $62,300 over the past five years, and the program has grown from just her daughter’s efforts to a coalition of student representatives in every participating local school, as well as several students keeping the program going in Billings.

“It’s all student (run), because I’ve always thought that kids can make a big difference in a community, and they can,” the 12-year-old Clugston said.

Faverino said though the donations are a big deal to the community-supported crisis pregancy center, which offers free services to clients, the partnership between the clinic and kids involved with Cozy Christmas will also raise awareness about the clinic’s services. 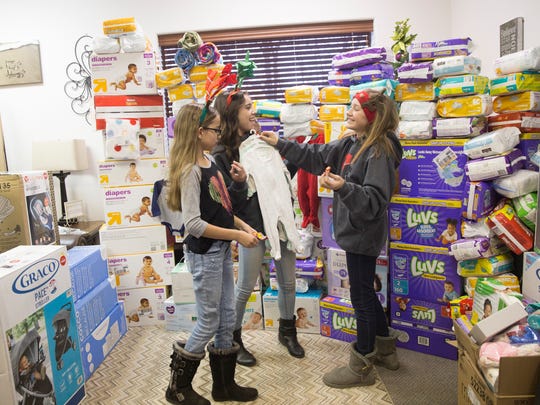 “It’s kind of two fold,” Faverino said. “Not only are they supporting and giving to those that are less fortunate and that might need a little extra help in this economy, but also they’re knowing about Grace Place, so if they ever find themselves in a situation or a friend or somebody they know, if they have an unplanned pregnancy, they’ll know where to send them.”

As for Clugston, the gift of giving has been rewarding over the past five years, and she said the growth of the program to include student representatives at all participating schools goes hand in hand with a Bible verse that is particularly meaningful to her.

“‘Don’t let anybody look down on you because you’re young, but set an examples for the believers in speech, love, faith and purity,’” Clugston recited. “That’s what I live my life by and I just want other kids to know it, too."