U.S. Secretary of the Interior Ryan Zinke Thursday ordered the Bureau of Land Management to streamline its drilling permit process.

FARMINGTON — Applicants waiting in bureaucratic limbo while 152 Farmington-area Permit to Drill applications are under consideration by the federal government got a boost today from U.S. Secretary of the Interior Ryan Zinke — a secretarial hurry-up order to the Bureau of Land Management.

The BLM had 2,802 such applications pending as of Jan. 31, with each applicant paying a nonrefundable $9,610 processing fee to the agency, according to the U.S. Department of the Interior.

“Secretarial Order 3354 directs the BLM to make both federal oil and gas resources and solid mineral resources on the public lands available for the benefit of the citizens of the United States,” the department said in a release today.

The order calls for more frequent lease sales and sending more money to bolster the number of office staff members needed to get rid of the backlog.

The chairman of the House Committee on Natural Resources lauded the move, which calls for opening more federal lands for mineral development.

“Secretary Zinke’s commitment to foster regulatory certainty and unleash our energy potential is a welcome shift in priorities at Interior,” Chairman Rob Bishop, R-Utah, said in a prepared statement. “We will be working in close coordination with the Secretary to provide the Department with the statutory tools to ensure that responsible energy development on federal lands is no longer held hostage to intransigent bureaucracy and ludicrous permitting delays.”

Not everyone was so happy, however.

“Public lands belong to all of us, and yet Ryan Zinke and Donald Trump are committed to giving away as much as possible to the oil and gas industry,” said Kelly Martin, deputy director of the Sierra Club’s Beyond Dirty Fuels campaign, in a press release. “As much as Zinke talks about valuing our public lands and emulating Teddy Roosevelt, the truth is that he and Donald Trump share the same priority: giving Big Oil free rein on our publicly-owned lands, whatever the cost to our health and our environment.” 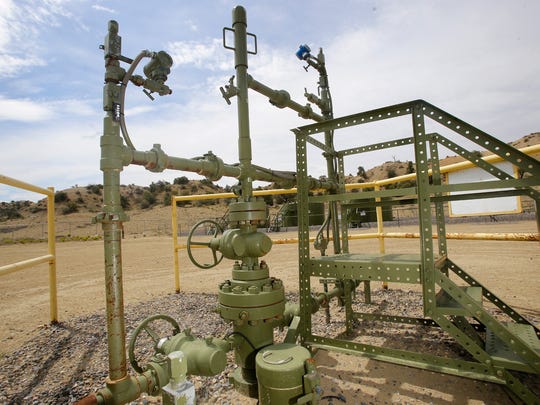 The New Mexico Oil & Gas Association was happy with the order. Spokesman Robert McEntyre earlier this week noted the case of a Farmington-area permit that was in the process for 480 days.

McEntyre said via email today that the order is “great news for future energy production and leasing in New Mexico as we are the largest oil producer on federal land.”

The Department of the Interior said in its release that statute requires a 30-day review process, but the average time to review a permit is 257 days.

“This is why I'm directing the BLM to conduct quarterly lease sales and address these permitting issues," he said.

“We are also looking at opportunities to bring support to our front line offices who are facing the brunt of this workload,” Zinke said. “This is just good government and will further support the president's goal of American energy dominance.”

For a link to the order, go to https://www.doi.gov/sites/doi.gov/files/uploads/doi-so-3354.pdf.

The five BLM field offices the secretary listed as having the highest number of pending APDs, accounting about 74 percent of the total pending applications, are