Oil production in the fastest-growing U.S. shale play, the Permian, continues to boom, while takeaway capacity has not kept up. Pipeline availability issues have led to a major discount on West-Texas crude. 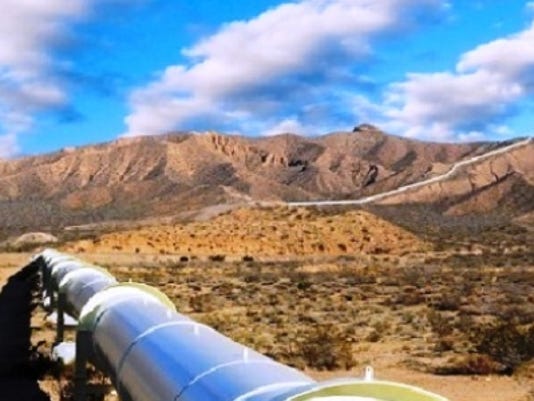 Oil production in the fastest-growing U.S. shale play, the Permian, continues to boom, while takeaway capacity has not kept up. Pipeline availability issues have led to a major discount on West-Texas crude.
A growing amount of Midland crude oil gets stranded as producers face bottlenecks shipping the oil to the Gulf Coast refineries and export terminals. So thin has become pipeline capacity that the spot price of Midland, Texas, crude was trading early this week at a discount of nearly $16 a barrel to the grade in Houston.
This discount is now large enough to cover the cost of sending Midland crude oil by rail, as crude by rail typically costs $6 to $8 a barrel. Shipping Permian oil in railcars to Houston would in theory bring oil traders around $8 a barrel profit, Bloomberg’s Sheela Tobben writes.
There hasn’t been a surge in crude-by-rail activity, but inquiries about this option have increased, Dan Lester, V.P. for commercial operations at transport service provider Watco Cos—which operates three short-line railroads in West Texas, including two directly serving the Permian—told Bloomberg.
The discount has blown out so wide only recently, so there’s a reason why operators have not started to ship crude by rail in growing amounts yet.
But apart from the obvious price incentive for shippers and traders, crude-by-rail in the Permian is constrained by the competition for railcars that transport frack sand, competition for locomotives, and competition for tracks.
“The vast majority of the oilfield rail infrastructure is designed for sand,” Joseph Triepke, founder of oilfield research firm Infill Thinking, tells Bloomberg.
Rail service giants Union Pacific and Burlington Northern Santa Fe (BNSF) are shipping frack sand in the Permian, which is their leading destination for frack sand moved by rail.
They could provide the long-haul crude-by-rail shipment to the customers, but the Permian would also need shorter railroads to get the oil from the oil wells to the long-haul tracks.
“BNSF is moving modest volumes today from the Permian basin, this is not new. As always, BNSF will respond to market developments as rail becomes an option for shippers in and around the basin,” company spokeswoman Amy Casas told Bloomberg in an email.
Some petroleum shippers are expanding crude-by-rail capacity.
Earlier this month, Murex LLC and Cetane Energy agreed to capacity expansion that will more than double the existing throughput of the Cetane crude oil trans-loading facility in Carlsbad, New Mexico, serving the Permian and Delaware Basins. The expansion will allow the facility to load up to 110 cars in one day, or 75,000 bpd.
“Murex and Cetane have worked closely with the BNSF Railway and Southwest Railroad to increase capacity of the Cetane crude oil trans-loading facility to one unit-train per day,” said Robert C. Wright, President of Murex.
Amid constrained pipeline capacity, crude-by-rail would be the more preferred option for Permian oil producers, provided that the WTI Midland discount remains much wider than the rail costs of $6-$8 a barrel, S&P Global Platts editors Ashok Dutta and Mary Hogan said in early April. The other option—trucking—costs on average three times more to move a barrel of oil than doing so by rail, Dutta said.
In terms of producers’ reaction to the wide Midland discount, Dutta believes that “Shut in is not an option even if their crude is not being discounted. Shutting in of wells is not an easy option in the shale industry as the rate of decline is very steep and also some of the new wells may be jeopardized. The older wells may still be able to ramp up to previous capacity. But the last thing we want will be orphan wells in the Permian.”
As limited takeaway capacity pushes down WTI Midland prices, producers and shippers considering crude-by-rail face competition from the railcars shipping in the sand for pumping those barrels of oil that they want to move out of the Permian.