What's being built at the intersection of East Main Street and Browning Parkway?

Two buildings are being constructed at the intersection of East Main Street and Browning Parkway. Find out what businesses will be in the buildings.

What's being built at the intersection of East Main Street and Browning Parkway?

The Verizon store is projected to open in October 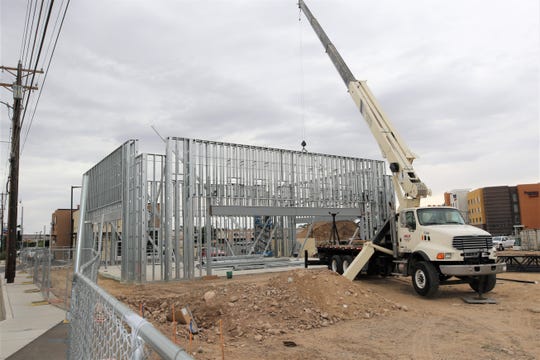 Work is underway on a new Verizon location at 2920 E. Main St. in Farmington on Aug. 9. It is next to the Starbucks location near the intersection of Browning Parkway and East Main St. (Photo: Joshua Kellogg/The Daily Times)

The structures for the new locations are currently being constructed near the intersection of East Main Street and Browning Parkway.

The new Verizon Wireless will be located at 2920 E. Main St. and Planet Fitness will be at 2950 E. Main St., according to plans submitted to the City of Farmington.

Architectural Contractors Inc. in Albuquerque is listed as the contractor for both structures.

The new structure for the Planet Fitness is being constructed north of the Starbucks at 2900 E. Main St. and will border the parking lot of the Kmart at 3000 E. Main St.

The city approved the plans and issued the permits for the Verizon location on July 1, according to City of Farmington Building Inspector Larry McLey.

The city received shell-only, or structure plans, for Planet Fitness, as well as interior or tenant improvement plans. It approved the structure plans on Aug. 1 and issued the permits. The interior plans were approved on Aug. 8, however the city has not yet issued permits. 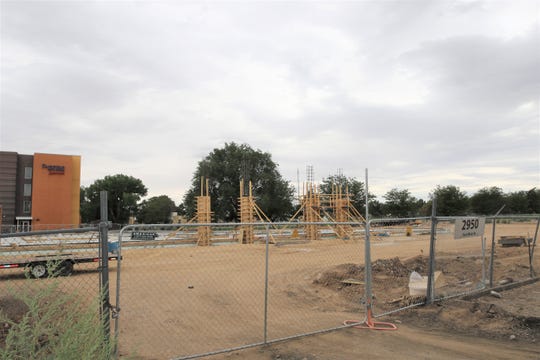 Work has started on a new Planet Fitness location at 2950 E. Main St. in Farmington on Aug. 9. The fitness club is being constructed near the Starbucks and Kmart near the intersection of East Main Street and Browning Parkway. (Photo: Joshua Kellogg/The Daily Times)

The interior of the building will be about 20,500 square feet. Sargenti Architects — a Paramas, New Jersey firm — worked on the plans for the interior, according to construction plans. The construction plans include areas for circuit training, strength training, free weights and cardio. The building will also include locker rooms and areas for tanning, massage and hydromassage.

Planet Fitness did not respond to a request for comment on Aug. 9. Scorpion Fitness Development LLC of Albuquerque is the owner of the Planet Fitness structure.

The Verizon Wireless store will border the parking lot and entrance to Starbucks from East Main Street.

Red Dog Development of Albuquerque is the developer of the Verizon Wireless store.

It will be the second free-standing Verizon Wireless location along with the location at 4323 E. Main St.

Clark stated it will hire about eight to 10 full-time employees.