San Juan Regional Medical Center wants to be a “Baby-Friendly” facility, joining nine New Mexico hospitals with the designation, the center said in a press release. 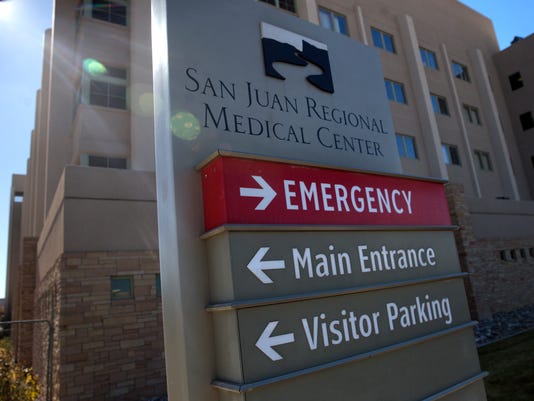 The Baby-Friendly Hospital Initiative is a program accredited by Baby-Friendly USA, Inc. “designed to support mother/baby bonding and optimal infant feeding practices by following the Ten Steps to Successful Breastfeeding which includes skin to skin contact and rooming in,” the release said.

The center has finished three of four required phases and is working on the final phase: Designation.

“As part of this phase, we are implementing quality improvement plans to ensure that mothers and babies get skin to skin time immediately after delivery and practicing rooming-in,” the release said. “Rooming-in involves keeping mothers and babies together throughout the hospital stay.”

Benefits of the practice include better quality sleep, less crying and distress, improved breastfeeding experience, more frequent feedings, less jaundice and a better opportunity to get to know one another, the release said.

The center also offers breastfeeding and baby care classes. A schedule of classes can be found at https://www.sanjuanregional.com/classes-community.

ALBUQUERQUE, N.M. — The New Mexico unemployment rate is down.

Leisure and hospitality was the industry adding the most jobs, with an increase of 6,500.

HOUSTON — The number of rigs exploring for oil and natural gas in the U.S. held steady at 1,057 this week. New Mexico lost three rigs and Alaska, Ohio, West Virginia and Wyoming each decreased by one.

At this time a year ago there were 946 active rigs.

Houston oilfield services company Baker Hughes reported Friday that 869 rigs drilled for oil this week and 186 for gas. Two were listed as miscellaneous.

Among major oil- and gas-producing states, Texas gained three rigs, Louisiana and Pennsylvania each increased by two and Oklahoma added one.

Gov. Susana Martinez announced Thursday the Catalyst Fund will provide the funding to BlueStone Venture Partners LLC which in turn will match the state funding and invest in technology companies in early stages of development.

The Catalyst Fund is comprised of $10 million in public money allocated by the New Mexico State Investment Council, $5 million from the U.S. Treasury's State Small Business Credit Initiative, and $5 million in commitments from private institutional investors.

ALBUQUERQUE — New Mexico is suing Wells Fargo over a scandal in which the financial institution was accused of opening millions of unauthorized bank and credit card accounts across the nation to meet unrealistic sales quotas, state Attorney General Hector Balderas announced Thursday.

Balderas claimed Wells Fargo opened more than 20,000 fake accounts in the name of New Mexico residents and that that the bank enrolled consumers in unauthorized products and lied to them about their status.

The lawsuit asked for Wells Fargo to be assessed a penalty of $5,000 for each unauthorized account opened for a New Mexico resident. It's also seeking similar fines for other alleged violations.

"It's deeply troubling that a company with this much at stake in our state would mislead New Mexico consumers and allow unlawful profiteering. We look forward to seeking justice in a court of law," Balderas said in a statement.

The state had warned in November that it would go to court if there were no resolutions to the violations in New Mexico.

The state is seeking a jury trial along with civil penalties, restitution and attorney fees.
Michael English, a spokesman for Wells Fargo in New Mexico, said the company has taken significant steps to make things right for customers, employees and the communities where it does business.

With about 90 branches in New Mexico, Wells Fargo has more locations in the state than any other bank.