The state has a full plate with challenges at the regional and statewide industry even as the oil industry picks up momentum, Energy Secretary Ken McQueen said.

McQueen spoke at a joint meeting hosted by the Four Corners’ Geological Society, Landmen’s Association and Society of Professional Engineers on April 13 at San Juan Country Club in Farmington.

The oil industry has been in the throes of rebounding this year in the aftermath of a regional recession. The state has become the third largest crude oil producer in the nation, a sharp contrast from a few years ago. McQueen said the state has gained back most rigs that were shut down during the recession.

The state lost 87 percent of its rig count between 2014 and 2015, McQueen said, but rebounds in oil pricing and advances in horizontal drilling technology have enabled the oil industry to recover.

“Rig count has been on an upward trajectory since we reached a low a couple of years ago,” McQueen said, adding that there were 89 active rigs on April 13 — a jump from the March 2016 low of 13 rigs and catching up on a December 2015 high of 103 rigs. 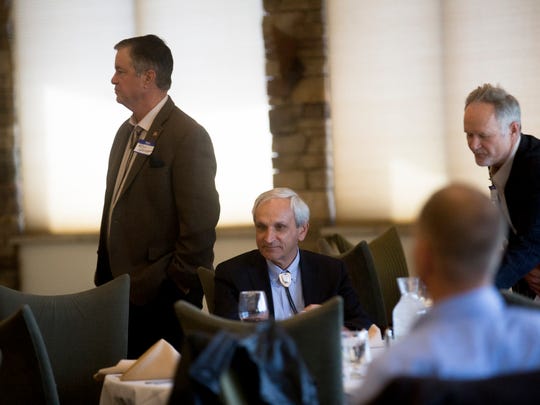 The natural gas industry has remained relatively stable in the state throughout the past few years, with booms in the Permian Basin making up for a “continuous decline” in the San Juan Basin, McQueen said.

Though the state industry in general is picking up speed, McQueen said the state and region face a variety of challenges, including jurisdiction issues, slow permitting processes and water supply and treatment.

McQueen said water will be a significant issue going forward in terms of both disposal and supply. 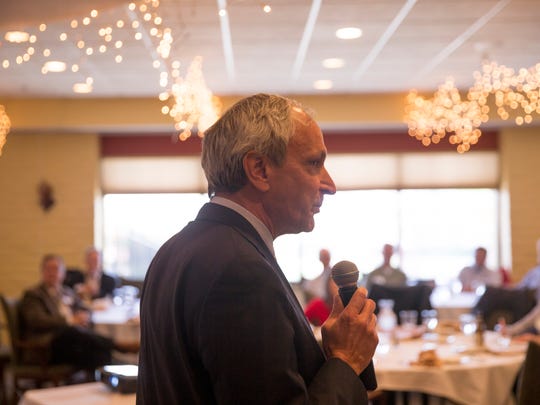 “Currently we produce about five barrels of water for every barrel of oil we produce, and we’re literally running out of places to dispose of this water in the southeast, so we are exploring alternative methods for disposal,” McQueen said, mentioning the potential of extracting lithium in the water for commercial sale.

The San Juan Basin will also have its own challenges with water. McQueen said the future success in the Mancos Shale formation will “largely depend on identifying a cheap and readily available source of water.”

The region and the state also share a challenge in the ability to move natural gas as markets are changing, McQueen said. California is drawing back on natural gas in a statewide initiative to move toward renewable energy, which leaves New Mexico producers in a bind as much of New Mexico natural gas has historically gone to California power producers. 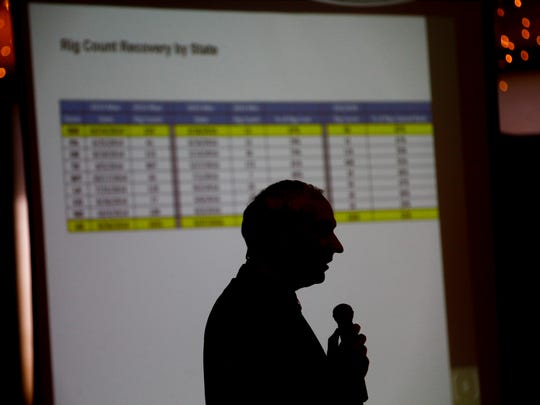 A solution may lie in Mexico, where there is a 94 percent market availability in terms of Mexican households that might use New Mexico natural gas, McQueen said. However, the state would also have to figure out a way to move that gas. The current option involves sending gas to Houston to be shipped to Mexico, but McQueen said he sees potential in another option.

“A real solution for gas out of (New) Mexico is to find (a liquified natural gas) export site on the western coast, and unfortunately our friends in California and Oregon and Washington have not been very open to that idea,” McQueen said. “But I think there’s a real market in perhaps establishing an LNG port on the western side of Mexico.”

“I think perhaps we have underestimated the support and impact that Chaco may bring,” McQueen said. “I was surprised to … find that (Department of the Interior Secretary Ryan) Zinke had delayed the lease sale down in that area, but that’s clearly an indication of the large amount of support that they’re generating down there for their effort.”

McQueen said an April ruling by a federal judge that upheld the Bureau of Land Management’s authority to permit horizontal drilling and fracking while a resource management plan is being updated, but cited a deficiency in documenting tribal cultural places “was a good ruling overall.” He also said the deficiency in cultural cite documentation “I think can be addressed as we go forward."