Quiz time: How well do you know this state's oil & gas industry?

The president of Merrion OIl & Gas Corporation wants to put you to the test.

Quiz time: How well do you know this state's oil & gas industry? 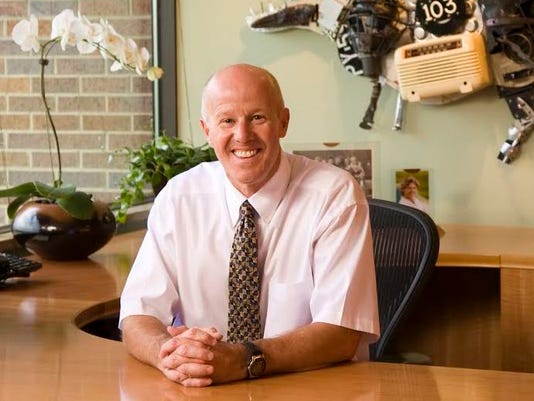 T. Greg Merrion(Photo: Courtesy of the family via the Desk and Derrick Club)

1. The largest oil & gas operator in the San Juan Basin is…

2. The San Juan Basin has produced more than 50 trillion cubic feet (TCF) of natural gas to date since the first well was drilled back in 1921.  Now that horizontal drilling and multi-stage hydraulic fracturing allows producers to economically extract hydrocarbons from shales, how much gas can we expect to produce from the Mancos Shale?

3.Of New Mexico’s $6 billion annual operating budget, how much of that comes from the oil & gas sector?

4. A decade ago, the U.S. was only producing 5 million barrels of oil per day (MMBOPD), or about 25 percent  of its daily consumption of 20 MMBOPD.  Today, because of the horizontal drilling/multi stage fracking technology, the U.S. produces how many MMBOPD?

6. There are about how many producing wells in the San Juan Basin?

7.Which of these operators have recently sold their San Juan Basin properties?

d. All of the above

8.Which county in New Mexico produces the most natural gas?

9.The New Mexico permanent funds, which are funded primarily from oil and gas leases, royalties, and taxes, have grown to over $23 billion.  The earnings from these funds…

a. Pays for public schools, universities, hospitals and public buildings

c. Will continue to benefit NM long after the oil and gas reserves are depleted

d. All of the above

1. c. Hilcorp is the largest operator, producing around 1 BCF per day, or about 35 percent of the total production from the San Juan Basin!

2. d.  It is estimated that there is about 50 BCF/section over about a 1,000-section area, or 50 TCF of recoverable reserves from the Mancos Shale. New life has been breathed into our 97-year-oil basin!

3. c. The oil & gas industry is vital to New Mexico’s economy, contributing about one third of the revenue needed to run our state each year.

4. b.  The U.S. now produces 10 MMBOPD, or about half of the oil we consume every day, making us much less reliant on foreign sources of oil.

5. a.  The U.S. consumes one-fifth of the world’s energy every day, the highest energy consumption per capita of anyone in the world.  Energy consumption is directly correlative to productivity and quality of life, and Americans love both! Abundant, affordable energy is what makes America great!

6. a.  The San Juan Basin roughly extends from Durango, Colorado, to Cuba and has 23,000 producing wells.

7. d.  Chevron sold to Enduring, XTO sold to Hilcorp, and WPX sold its gas assets to Logos and recently sold its oil assets to an “undisclosed buyer”.

8. a. In recent years, because of the “boom” that is going on in the Permian Basin, Eddy County has become the county with the highest gas production. San Juan County is second.

10.d.  The oil and gas industry is responsible for more than a hundred thousand high-paying jobs for New Mexicans!

T. Greg Merrion is the president of Merrion Oil & Gas Corporation in Farmington. Columnist George Sharpe was on the road, so Energy magazine thanks his boss for filling in this month.