The Trump administration wants to open up 90 percent of the Outer Continental Shelf off the U.S. coast to oil and gas exploration. 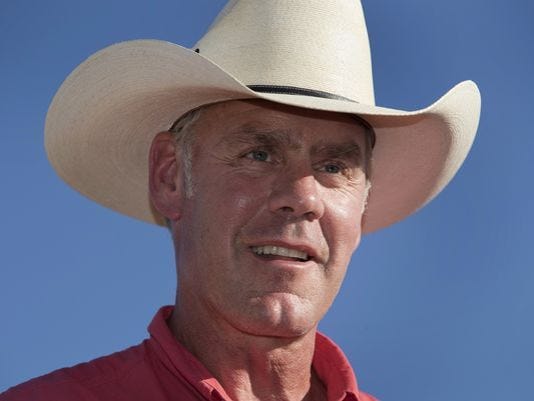 WASHINGTON  — The Trump administration is proposing to open up 90 percent of the Outer Continental Shelf off the U.S. coast to oil and gas exploration in the largest single expansion of off-shore drilling activity ever proposed.

“This is a start (of) American energy dominance,” Interior Secretary Ryan Zinke told reporters in a conference call Thursday. “And looking at our offshore assets, beginning a dialogue of when, how, where and how fast those offshore assets should be or could be developed."

Even before it was officially announced, the move to expand drilling was denounced by environmental groups and their allies who say it would not only disturb maritime ecosystems but also increase the supply and use of fossil fuels that contribute to climate change.

President Trump is once again defying a majority of American citizens, states, and businesses. His offshore drilling proposal threatens our coastal communities, just to prop up a dying fossil fuel industry.

The proposal includes 47 potential lease sales in 25 of the 26 planning areas — 19 sales off the coast of Alaska, seven in the Pacific region, 12 in the Gulf of Mexico, and nine in the Atlantic region.

The five-year plan, covering 2019 to 2024, was initiated by the America First Offshore Energy Strategy directive President Trump signed in April that could eventually open up Arctic waters and millions of coastal acres off U.S. shores to oil and gas drilling.

"Our country is blessed with incredible natural resources including abundant offshore oil and natural gas resources, but the federal government has kept 94% of these offshore areas closed for exploration and production," Trump said at the time. "This deprives our country of potentially thousands and thousands of jobs and billions in wealth."

Thursday's announcement was immediately hailed by manufacturing and business interests as a much-needed shot in the arm.

Zinke said his agency would work with states and members of Congress who represent potential drilling areas to allay concerns. But the move already was getting pushback from Florida GOP Gov. Rick Scott, a Trump confidante, who said he would oppose drilling off Florida’s coasts where tourism and coastal military installations are important to the state’s economy.

“I have already asked to immediately meet with Secretary Zinke to discuss the concerns I have with this plan and the crucial need to remove Florida from consideration,” the governor said in a statement released through his press office. “My top priority is to ensure that Florida’s natural resources are protected.”

Zinke tried to allay those concerns, pledging he would listen to affected communities and their representatives, including Scott, whom he mentioned by name.

“We are sensitive to the needs and requirements of Florida and we’re also sensitive to that coastline,” the secretary told reporters, speaking specifically about Florida’s Gulf Coast where the specter of the 2010 Deepwater Horizon oil spill continues to loom. “We want to make sure as we go forward we do it right. And certainly Florida is going to have a say.”

There is a federal moratorium on drilling within 150 miles of Florida's Gulf coast which expires in 2022. Rubio, Nelson and a bipartisan group of congressional lawmakers from the state have tried to extend it through 2027 but without success so far.

The plan is simply a starting point and has a long way to go. Zinke himself said the process “will take months," involving public hearings, meetings with stakeholders and then a 60-day comment period once the proposal is published in the Federal Register.

Even if concerns from the Pentagon and Florida are addressed, attorneys general from Massachusetts, Maryland and California, among other coastal states, have said they might sue to stop any large scale expansion of drilling off their shorelines.

They likely would be joined by the nation’s most prominent environmental groups, who have battled the administration over the rollback of other environmental regulations.

“Today’s plan continues the Trump administration’s all-out assault on public lands and waters,” said Earthjustice President Trip Van Noppen. “The plan proposes to expand offshore oil drilling everywhere, including in our most sensitive waters. It puts irreplaceable wildlife and coastal communities at risk for the sole benefit of Big Oil, and it takes us in exactly the wrong direction on the urgently needed transition to a clean energy future.”

In 2008, the year before Obama took office, leasing revenues for offshore energy were about $18 billion, Zinke said. By 2016, they had dropped to about $2.8 billion, though he said some of that decline was due to falling gasoline prices.

But energy experts also say the relatively low price of oil could discourage companies from the expensive task of off-shore exploration.

Even as environmentalists decried the decision, Zinke said his agency would proceed with care.

"Nobody is better at producing clean, quality, responsible energy than the United States," he said. "We’re not going to skirt any (environmental) protections. We’re not going to give anyone a pass. We’re going to hold corporations accountable and make sure that our safety and regulatory framework is appropriate.”