Consistent programming vaults real-estate network to No. 1 in cable entertainment.

A Property Brothers kitchen remodel in upstate New York. A Tiny House Hunters search on Hawaii's Big Island. A Fixer Upper barn conversion — to a "barndominium" — in Waco, Texas. More TV viewers than ever are turning to HGTV, the lifestyle cable network built on real estate and home renovation.

HGTV is the top-rated entertainment channel on cable this month in prime time, a remarkable climb for a network that ranked 16th overall in 2012.   This year, it's up 13%, to a fifth-place 1.7 million viewers, at a time when many top cable networks are in decline. And all without a boost from scripted series, sports events or awards shows.

In fact, HGTV's popularity does not appear to rely on any one series but a genre of unscripted programming — real-estate and home renovation — it largely has to itself. Among its most popular titles are Fixer Upper (averaging 4.6 million viewers this year), Flip or Flop (2.8 million), Brother vs. Brother (2.6 million) and Property Brothers (2.2 million).

"That is the magic," says Allison Page, general manager of HGTV, DIY Network and Great American Country for Scripps Networks Interactive. "There's a sense that if you like one show, you're probably going to like the next one you try.  There's just a fascination with and relatability of the genre."

"They were able to move quickly during the last recession when the housing market was collapsing," says Derek Baine, cable analyst for SNL Kagan.  "All of a sudden, these shows on buying new homes were not going to fly because nobody could buy a house, so they kind of got into more renovation-type shows," he says. "They were able to pivot quickly and come up with new programs that were going to catch on with viewers." 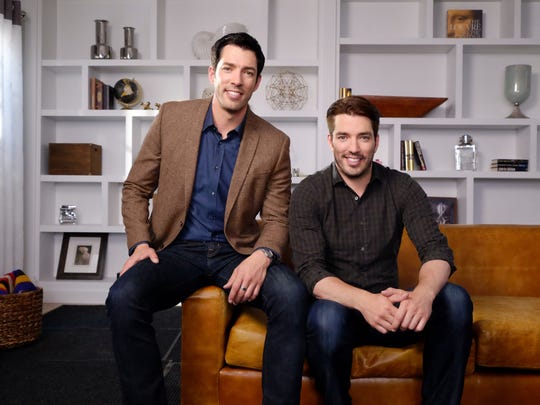 The steady diet of programming comfort food is working.

“HGTV offers a safe and uplifting environment during these times,"  says Gerry Philpott, president/CEO of E-Poll Market Research, noting headlines about negative politics and deadly world events.  "It’s natural for people to look to escape with their entertainment choices.”

Programs cover every nook and cranny of HGTV's genre, from house-flipping to interior design. And while consistency is a selling point,  Page says, "We want to continue offering something fresh, whether that's new talent, new location or a new type of home, like a yurt or a tiny home or a container home." 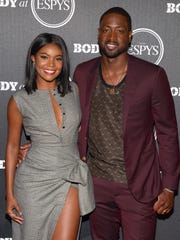 Actress Gabrielle Union and NBA player Dwyane Wade have a special set to air on HGTV that will showcase their knack for home-renovation projects. (Photo: Dave Mangels, Getty Images)

Two upcoming shows feature celebrities: The Monica Potter Project  follows the Parenthood actress as she returns to her hometown of Cleveland, where she and her sisters restore their childhood home. And production has just started on an hour-long special featuring actress Gabrielle Union and her husband, NBA player Dwyane Wade, as they flip a Florida home. Neither program has a set premiere date.

They will join Good Bones, a returning series with Indianapolis-based mother-daughter renovation experts Karen E Laine and Mina Starsiak. Good Bones returns for Season 2 in April after a successful run earlier this year, when it averaged 1.6 million viewers.

What was it about Good Bones that caught HGTV's eye? "They have a successful business as renovators and flippers," Page says of the hosts.  "Whether you're interested in home renovation or not, it's touching on something familiar and humorous and loving."

E Laine and Starsiak admit their first season had challenges.

“It was such a learning curve in so many different arenas, and the emotion just had to be put to the side for a while,” Starsiak says.

But there's a bright side, E Laine adds.

"Even though making TV can be really hard, it's also really, really fun. When we have fun, then the viewers at home have fun."