'Jumanji: Welcome to the Jungle' outdid another weekend's worth of newcomers. 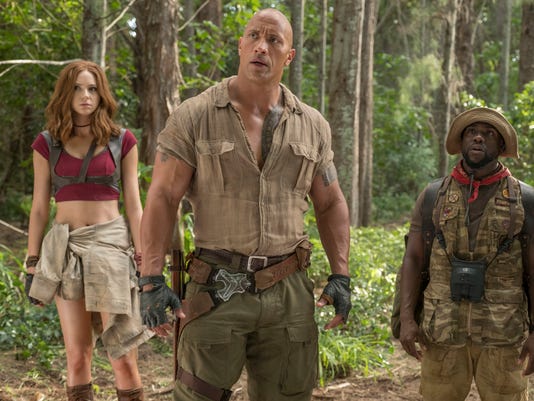 Jumanji: Welcome to the Jungle outdid another weekend's worth of newcomers to top the North American box office for the third straight weekend, making the surprise hit the fifth-highest grossing film of all time for Sony Pictures.

The film's unexpectedly strong staying power has lent a boost to the January box office but kept new releases from reaching the top of the box-office chart. Jumanji also has reigned overseas, where it has grossed $450.8 million and topped all films internationally for three straight weeks.

The first trailer for '12 Strong,' starring Chris Hemsworth, the true story of Green Berets who ride into battle in Afghanistan after 9/11 on horses.

12 Strong appealed largely to an older crowd. Seventy-nine percent of its audience was over the age of 25, said Warner Bros.

The heist thriller Den of Thieves slotted in at third place with an opening weekend of $15.3 million. The STXfilms release stars Gerard Butler and Curtis "50 Cent" Jackson.

Though Paddington 2 disappointed last weekend in its debut, the acclaimed sequel slid just 25% in its second week. Paddington 2, which has set a new record for the most widely reviewed 100% fresh movie on Rotten Tomatoes, grossed $8.2 million in its second week of domestic release. Warner Bros. acquired the film's North American distribution from The Weinstein Co. in November.

Paul Thomas Anderson's Phantom Thread expanded nationwide, taking in $3.4 million from 896 theaters. The Focus Features release, starring Daniel Day-Lewis in what the actor has said will be his final performance, has grossed $6.2 million.

Also notable: Star Wars: The Last Jedi crossed the $600 million mark domestically with $6.6 million in its sixth week of release. The Disney release stands at $604.3 million domestically — or No. 9 all-time, not accounting for inflation — and $1.296 billion worldwide. 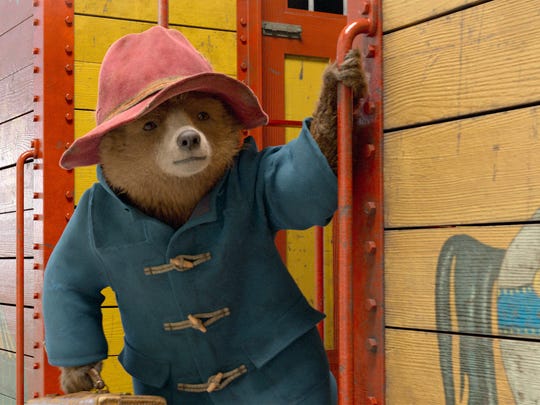 Paddington, voiced by Ben Whishaw, in a scene from 'Paddington 2.' (Photo: AP)

Copyright 2018 The Associated Press. All rights reserved. This material may not be published, broadcast, rewritten or redistributed.