Nellie Sandoval was nominated for the Hero of Hope Patient Award for her work educating Navajo women about breast cancer. 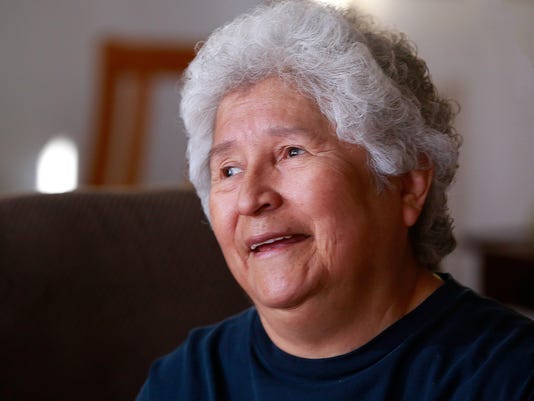 Nellie Sandoval, a breast cancer survivor and coordinator for the American Cancer Society's Reach to Recovery program, has been nominated for a 2016 Hero of Hope Patient Award.(Photo: Steve Lewis/The Daily Times)Buy Photo

FARMINGTON — Anyone who knows Nellie Sandoval knows that she loves Las Vegas. Every chance she gets, the Farmington woman loads a car up with her family and heads to Sin City for the food and entertainment.

Next month, Sandoval will get a free trip to Las Vegas, where she will attend the Navigation and Survivorship Conference with five other finalists for the Hero of Hope Patient Award.

The award "seeks to honor individuals who are living with cancer and who are inspiring others through their contributions to their communities, by serving as a role model to other cancer patients and survivors or by exuding extraordinary spirit, grace and optimism in the face of adversity," according to a press release from the Academy of Oncology Nurse and Patient Navigators, which awards the honor.

Sandoval was nominated by Fran Robinson, a cancer navigator at San Juan Regional Medical Center, in large part for her work in breast cancer awareness and education among Navajo women.

A press release mentions her work as a support group facilitator and a leader in the Reach to Recovery program through the American Cancer Society, as well as her work with the San Juan Medical Foundation and the Partnership for Native American Cancer Prevention between Northern Arizona University and the University of Arizona.

"What an honor," Sandoval said. "But I didn’t do anything for me. I didn’t want to see other Navajo women, my Navajo sisters, die." 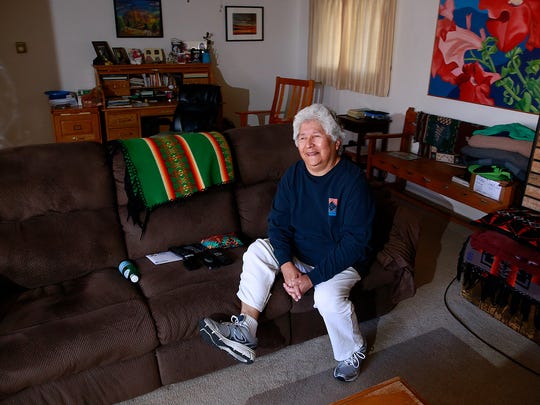 Nellie Sandoval, a breast cancer survivor and coordinator for the American Cancer Society's Reach to Recovery program, relaxes at her home in Farmington on Oct. 20. (Photo: Steve Lewis/The Daily Times)

But it wasn’t enough for Sandoval to just survive. She began working with the Reach to Recovery program to help other women newly diagnosed with breast cancer.

“What an honor. But I didn’t do anything for me. I didn’t want to see other Navajo women, my Navajo sisters, die.”

Nellie Sandoval, on being a finalist for the Hero of Hope Patient Award

Soon she began to notice a trend. Since she spoke Navajo, many of her patient referrals were Navajo women and many went on to succumb to their cancer.

When Sandoval and Robinson began to examine the problem, they realized it was because many Navajo women who were being diagnosed with breast cancer were diagnosed at stage 3 or stage 4.

So the duo hit the road, driving more than 1,000 miles to spread the word about self-exams, early detection and cancer treatments to Navajo communities. They handed out fliers, bought billboards, paid for radio and television advertisements, created three videos in Navajo, gave presentations and attended conferences.

"It was a media blitz," Sandoval said. "We focused on early detection because the sooner women get in for help, the better their chances for survival. And what we found a few years later was statistically we could see Navajo women were still getting diagnosed, but they were surviving. So that told us, what we were doing was working. Women were getting in and getting their questions answered and getting the treatment they needed."

But it wasn’t always easy.

Sandoval was met with resistance by Navajo elders who valued tradition. 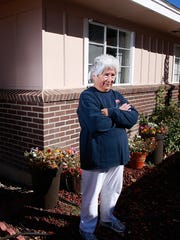 A $1,000 award will go to the Hero of Hope Patient Award winner’s charity of choice, and Sandoval has already designated San Juan Medical Foundation as her charity.

"Our medical community here is so knowledgeable and so caring. I want that money to stay in San Juan County with these people," Sandoval said.

Voting for the award is taking place at conquer-magazine.com through Nov. 1. The winner of the Hero of Hope award will be announced Nov. 19.

“Win or lose, at least I’m in Vegas,” Sandoval said.

Renee Lucero is a freelancer writer for The Daily Times.