Rough year behind him, Platero excited about future

The Levi Platero Band returns to Crash Music at the Aztec Theater this weekend.

Rough year behind him, Platero excited about future 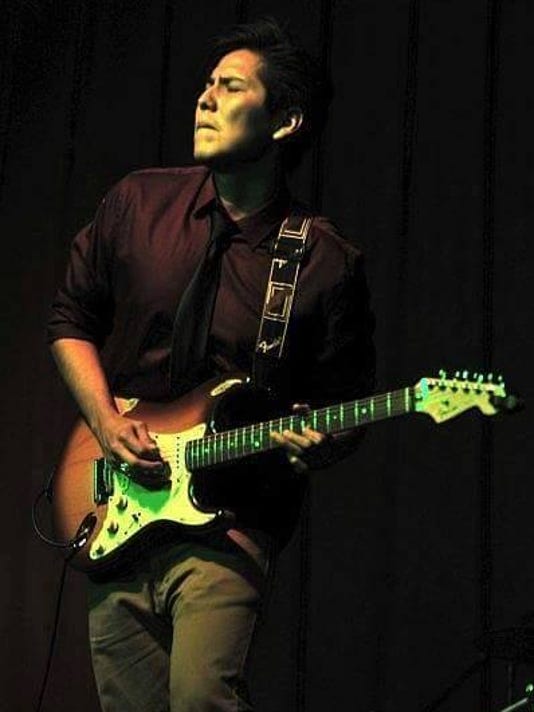 Levi Platero and his band perform this weekend at Crash Music at the Aztec Theater.(Photo: Courtesy photo)

FARMINGTON — When Tohajiilee-based guitarist Levi Platero discussed the planned release of his blues-rock trio’s new EP back in January, he described it as a transitional piece of work, one that would serve as the end of the old Plateros style as the band moved to more of an R&B sound.

He had no idea then how prophetic those words would be.

“That just goes to show you how powerful words are,” Platero said with a laugh during a phone interview last week from Albuquerque, where he was gathered with the new band members as they prepared for a return engagement this weekend at Crash Music at the Aztec Theater. “That’s some weird voodoo.”

Early this year, Platero’s eponymously titled trio still included longtime members Bronson Begay and Douglas Platero, and the three spent most of the first half of the year backing up Mato Nanji in his legendary Native group Indigenous. But by early summer, Levi Platero was feeling the itch to focus on his own band, which he largely had neglected for the preceding two or three years.

So he parted ways not only with Nanji, but with Begay and Douglas Platero, as well, who continued to tour with Indigenous. Levi Platero insisted there was nothing acrimonious about the split; it simply was time to do his own thing, he said.

“I love Mato, and I love the guys,” he said. “It just wasn’t what I wanted to do. I wanted to play my own music and write my own lyrics. And I knew the only way that would happen is if I put my full concentration on my own music. That’s more meaningful and fulfilling for me. And now I’m more excited than I’ve been in a long time.”

So Platero recruited a new band — Royce Platero on drums, Bryan Abel on bass and Tony Orant on keyboards — and started booking dates.

“I didn’t find these guys right away,” Levi Platero said. “It took a while to find some really good players who met my expectations. And these guys are it. They’re really educated in music theory. I never went to school for any of that, but these guys did. It’s really cool. I’m learning a lot from these guys.”
At the same time Platero was piecing together his new band, he was going through a personal crisis that strongly impacted all areas of his life, he said. 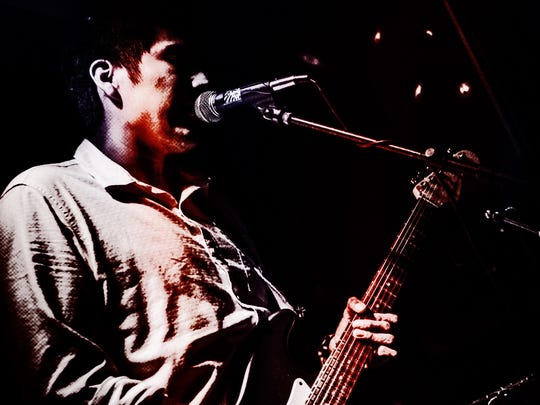 Levi Platero stepped away from the band Indigenous earlier this year to refocus on his own band. (Photo: Courtesy photo)

“A lot of things went down in the last year,” he said. “I had to overcome a big financial deficit, and it’s taken me about a year to crawl out of this hole. But now I’m excited to just be alive, to be out and about, and create music. After about 12 or 14 years of touring and making music, I think I’ve got a good head on my shoulders, and I’m focused on having a voice to speak with.”

Since they already knew each other and had played together on a few occasions, recruiting his cousin Royce Platero was the easy part in building a new band, Levi Platero said. He had known Orant for two years since they played a party in Albuquerque together, and Platero had always been intrigued by the idea of playing in a band with him. Platero did not meet Abel until September, and when the newly comprised foursome played its first show together later that month at the New Mexico State Fair in Albuquerque, Platero acknowledged it wasn’t the smoothest of performances.

“It was on the edge of disaster, but we pulled it through,” he said.

The members of the quartet are still building their chemistry, but Platero was greatly encouraged by the group’s show on Oct. 27 at the Northern Edge Navajo Casino in Fruitland.

“It was a four-hour gig, and it was really fun,” he said. “It’s been so long since I’ve had fun playing a show, and that was the best time I’ve had in maybe five or six years of playing music.”

Platero came away from the show believing his band had demonstrated the potential to grow into something special, and he’s eager to watch that develop in the months ahead. The band hits the road for a New Year’s Eve gig at the Twin Arrows Casino in Flagstaff, Ariz., and a Jan. 15 show at the Coushatta Casino Resort in Kinder, La., before playing a series of dates in Nevada and Arizona in February.

After surviving a financial crisis and recruiting a new band this year, Levi Platero says he's more excited about music than he has been in a long time. (Photo: Courtesy image)

Platero said his new lineup has given his music a jolt of energy with each of the newcomers bringing something unique to the table. Orant’s addition alone has taken the group in a much different direction, he said.

“It brings a whole new level of musicianship to the atmosphere,” he said. “It’s another shade of color. Before, it was black and white. The picture was there, but it adds a loose and colorful ambiance to the feel. I love it. I’ve always loved keyboards when they’ve been added to my music, and now I have to have it.”

Platero’s old band is featured on the self-titled, eight-song EP, which has been finished aside from the artwork and is awaiting release. He said CDs of the project will be sold at the band’s shows, but fans also most likely will be able to download it for free online.

“It’s actually pretty old material,” he said. “It’s the last project I ever did with Douglas and Bronson. Some stuff we wrote together, and the other half, I wrote. It’s about love/hate relationships and struggling to maintain your integrity.”

Even as he puts the finishing touches on that project, Platero is focused on his next recording project, a full-length disc with his new band. The group hit the studio in November and has already laid down half the tracks. Platero hopes to wrap up those sessions by February and release the album in the spring.

The disc will feature 10 songs Platero has written over the last year, and he described the material as reflective.

Musically, the disc will slide from blues-rock to R&B. Platero said he has focused much more in the last year not only on improving his lyrics, but also on crafting more complex melodies.

The Levi Platero Band plans to release a self-titled EP and a full-length album over the next several months. (Photo: Courtesy image)

“I don’t think I’ve ever written this many songs in such a short period,” he said. “I’m so proud of these songs, and writing has been getting so much easier. I like to challenge myself to write a new song a day or a new song every week. It’s been so cool learning how to use words more around the structures in a song, to fit a song. What I’m doing now is like creating art. I’m creating something that is a lot better than my leftover music.”

Fittingly, Platero is leaning toward calling the album “The Madness.”

“I think I learned a lot,” he said, describing how the last year has changed his perspective not just on music, but on life, leading him to re-examine his values. “I’ve had to put myself through counseling. ... I’ve learned quite a bit about myself, and a lot of that wasn’t very comfortable. But that kind of thing is never easy for anybody.”