The band Sacred Sound makes its debut Saturday, Aug. 6 at the Totah Theater in downtown Farmington.

The contemporary/fusion band Sacred Sound performs its first show this weekend at the Total Theater in downtown Farmington.(Photo: Courtesy photo)

FARMINGTON — When local jazz artist Delbert Anderson got his new Native American Music Program started in June at San Juan College, he had some relatively modest goals in mind — teach some aspiring local musicians a few of the ins and outs of the business, and see if any of what he imparted took root with his students and contributed to the growth of the local scene.

A couple of months later, he’s starting to see his efforts bear fruit.

On Saturday, Aug. 6 at the Totah Theater in downtown Farmington, the band Sacred Sound will make its debut, performing a set of original tunes in the contemporary/fusion genre that its members learned during their two months of studying under Anderson. The group is made up of five members — Cameron Abeyta on trombone, Sydney Chapman on trumpet, Alexandria Holiday on vocals, Dayton Singer on drums and Cobren Sells on piano — while three other students in the program serve in an off-stage capacity. Natalia Sparks and Jarid Slim are stage assistants, and Rachelle Anderson is the band’s manager.

“We were forming a band from scratch,” Delbert Anderson said of the experience, noting the program was open to nonmusicians who wanted to play a supporting role for the group. “So we had to go through all the nitty-gritty of finding out who’s reliable. But it’s been great. It’s totally been worth it. All the problems we’ve run into as a band have been very similar to what happens in the real world when you’re forming a band.”

By the time the group first got together in early June, Anderson already had a good idea of what kind of ground he wanted to cover. His program would address such subjects as professional manner and skills, the fundamentals of creating a successful band, improvisation, the music business, booking and promoting, music education, music performance, and fundraising.

The most important message very well may have been the first item on that list. If nothing else, Anderson — who fronts his own highly successful jazz group, the Delbert Anderson Trio, which has toured from coast to coast, and made several national media appearances — was intent on teaching his students, who range in age from 17 to 23, how to look and act like a pro.

So, on the first day of class, he made all of them sign a contract that outlined what was expected of them and what they would receive in return.

“The idea was to keep everything professional and give them a professional experience,” he said. “The whole point of the program was to educate them. I wanted to teach them music education and music performance, but I also wanted to reach them the music business.”

With that in mind, Anderson put his students through a crash course in how to build and maintain a successful band. The group chose a name, identified what kind of music it wanted to play, what kind of image it wanted to convey, had publicity photos taken, selected a concert date, reached out to local venues in search of a booking, compiled and learned a set list, identified its goals and rehearsed extensively.

It also created Facebook, Instagram, Snapchat and Twitter accounts to promote itself. The program took place from 6 to 8 p.m. each Tuesday in a classroom at SJC over the course of seven weeks.

It also heard from three other people in the music business in the Four Corners who were able to provide them with further insight into the realities of the business. Levi Platero, the front man for the blues-rock group the Levi Platero Band, spoke to the group one night about improvising and stage presence, while Nicholas Lucero addressed playing together as a group and making the experience fun. Local studio owner Brian NezBegay covered the subject of recording a demo.

Anderson said the group had one advantage in that all the players already had a good music education, so Sacred Sound was not starting from scratch. And the performers were experienced at playing a variety of instruments.

“I was very lucky,” he said, laughing. “I was a little worried I would get nothing but drummers, but I didn’t.”

Anderson said the best part of the experience was watching the group jell as the weeks went by. 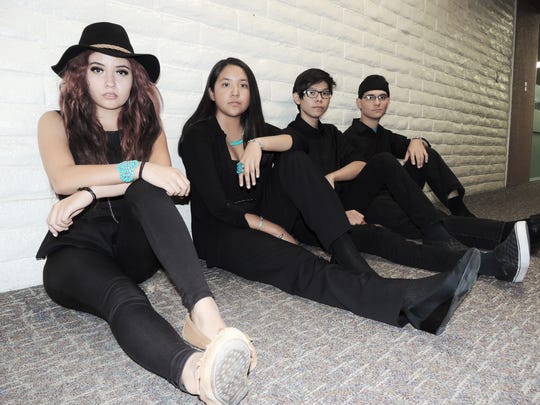 Alexandria Holiday, left, Sydney Chapman, Dayton Singer and Cobren Sells are featured in the band Sacred Sound, along with Cameron Abeyta, who is not pictured. (Photo: Courtesy photo)

“I think they really liked it,” he said of the camaraderie that developed. “I got them to help each other out. Only one or two of them were friends with each other when we started. Now, they’re all on one page, and they’ve worked really hard.”

The students did have a few curveballs thrown at them. Anderson said the biggest one came halfway through the program when one of the students had a conflict and had to bow out of the band.

“Everyone didn’t know what to do,” he said. “But I’m kind of glad it happened because those things happen in real life.”

Anderson was so pleased with how the program went this summer that he plans on doing it again next year — hopefully, on a higher level. He kept careful notes and compiled data from this year’s program with an eye toward submitting an application for a $25,000 grant from the Native Arts and Culture Foundation — a Vancouver, Wash.-based nonprofit organization dedicated to supporting American Indian, Alaska Native and Native Hawaiian arts and cultures.

Participation in the program was free, and Anderson limited it to Native students because he already envisioned pursuing grant money from an organization like the NACF. He would like to start the program earlier next year and deepen the experience, but those plans depend on how much funding he is able to attract, he said. 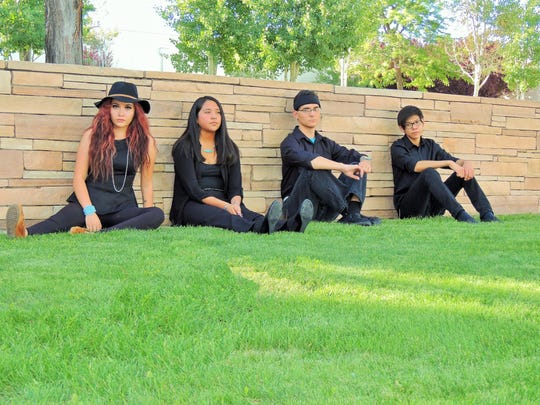 The members of Sacred Sound intend to keep their band together even after the end of this summer's Native American Music Program and hope to go on tour someday. (Photo: Courtesy photo)

“My goal is to plant these seeds,” Anderson said. “I allow them to go out and make more music. We want to create a new band every year. Who knows? Maybe one of these bands will get some traction and do some really great things.”

In the meantime, Anderson is delighted with how the members of Sacred Sound have responded to the program. He said the group already has indicated it plans on staying together, with an eye toward going on tour in the long run.

Naturally, everyone is looking forward to this weekend’s debut performance.

“There’s been a lot of work involved, but I think these guys can do it,” he said. “Actually, they’re fairly good musicians.”

This is no mere recital the group has planned, Anderson noted. Sacred Sound will be playing in a professional venue and charging admission, and the band has been promoting the show heavily in hopes of drawing enough music fans to make a little money.

Of course, Anderson continues to remind the members of the group that they must maintain a professional approach — in other words, no rock divas allowed. 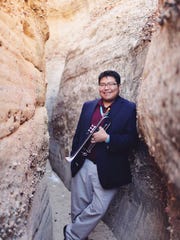 Delbert Anderson has big plans for his Native American Music Program in the future, but he knows he'll need additional funding to make those things happen. (Photo: Courtesy photo)

Where: The Totah Theater, 315 W. Main St. in Farmington

Admission: $5 at the door. Children 12 and younger free.