The National Parks Arts Foundation has some changes planned for its artist-in-residence program in 2017. 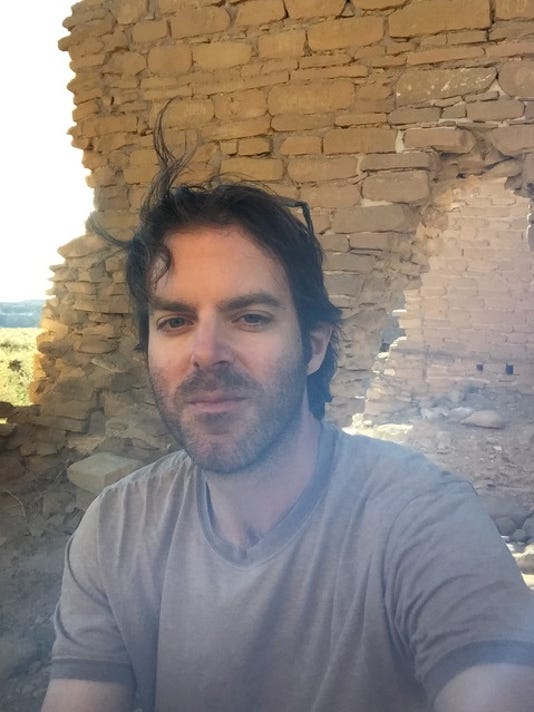 Santa Fe's John Vokoun is pictured at the New Alto ruin at Chaco Culture National Historic Park in November when he was taking part in a month-long artist-in-residence program sponsored by the National Parks Arts Foundation.(Photo: Courtesy of John Vokoun)

Editor's note: The Daily Times' annual “Rewind” series revisits stories we have reported on over the past year. To read more “Rewind” stories, go to daily-times.com.

FARMINGTON — Tanya Ortega has been working with America’s national parks system since she was 17 and spent the summer in Yellowstone National Park. In addition to being fortunate enough to live and work in those unparalleled surroundings for the entire season, she also was exposed to the legendary paintings of the region that landscape artist Thomas Moran created in the early 1870s that were instrumental in the creation of the park.

So the Santa Fe native understands as well as anybody the value of putting artists in a position where they can be inspired by and capture the wonders of those American treasures. Two years ago, she started her own nonprofit organization in her hometown that would create artist-in-residence programs at a variety of national parks, allowing painters, photographers, musicians, filmmakers, dancers and others to experience a prolonged stay and receive exposure to the parks.

After a year of preparation, the National Parks Arts Foundation program was launched this year, and Ortega, the executive director, said 78 artists participated around the country, including five at National Park Service properties in this area — four at Chaco Culture National Historic Park and one at Aztec Ruins National Monument.

She described the program's first year as an enormous success, adding that her foundation already had signed contracts with seven new parks to place artists there in 2018. And officials at several other parks with independent AIR programs have approached her, asking the foundation to take theirs over.

“It’s going to be bigger than ever,” she said of the foundation’s plans for this year. “We’re adding opportunities — more museum outreach, more community partners, more themes … We will have at least the same number of programs next year, if not more, as we did this year.”

But any artist hoping to take advantage of the opportunities the program affords needs to act quickly. The deadlines for applying for a residency in 2017 are rapidly approaching, with some set for Jan. 6 and others set for Jan. 20. The deadlines to apply for inclusion in the 2018 program will follow in April. 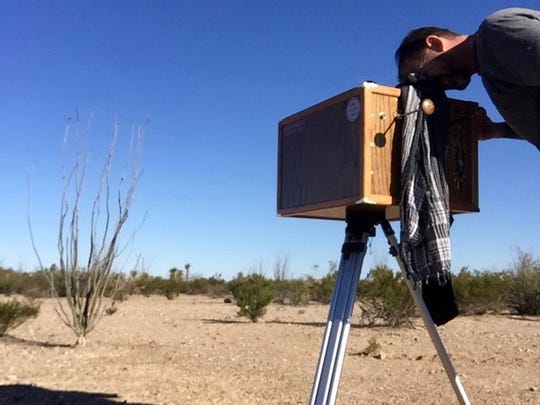 Photographer Nicholas Collier looks through the viewfinder of his custom-made large-format camera while shooting a scene at Big Bend National Park in Texas as part of his artist-in-residence program. (Photo: Courtesy of Nicholas Collier)

That’s because the foundation staff quickly figured out during the program’s first year that they hadn’t built enough lead time into the schedule. The deadlines that have been set for the future will allow the participating parks to better schedule the use of their facilities so that the artists will have the chance to offer more public presentations and lectures during their residencies, while museums, galleries and performance venues will be able to schedule timely exhibitions and presentations of material generated by the participating artists.

“We had the good problem of artists wanting to give back too much,” Ortega said, describing how some of the artists were disappointed they weren’t able to do presentations or lectures more often during their stay in a given park.

In some cases, park facilities simply weren’t available that often, Ortega said, and in many others, the park staff was stretched too thin to help stage such events. Better long-range planning should help address both those problems in the future, she said.

Additionally, most museums tend to schedule their exhibitions three years in advance, she said. Artists who know several months or even a year early that they’ll be serving a residency at a national park can plan accordingly for a museum show that is based on that work.

“We need at least a lead time of a year to get the exposure for our artists that they need,” she said.

Staff members at the parks that took part in 2016 were unfailingly gracious and enthusiastic about the program, Ortega said. But they already had plenty to keep themselves busy before this program came along, she noted. 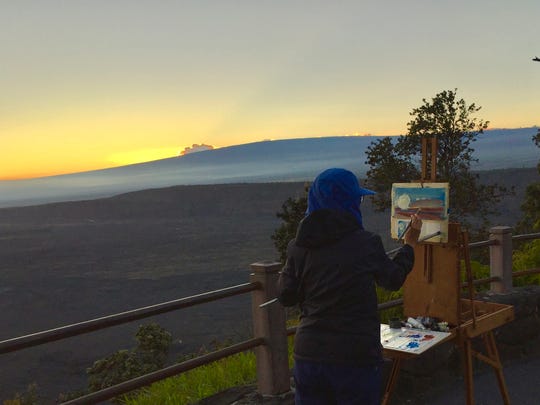 “They don’t have the resources to support an artist-in-residence program,” Ortega said. “It takes a lot of work. And they’re busy, as they should be, protecting the park and its resources. That’s where we come in.”

Santa Fe multi-media artist John Vokoun served a residency at Chaco Canyon in October and had nothing but praise for the people he encountered each day.

“The staff was so nice and helpful, and I badgered them with questions all the time — geology, geography, paleontology, archaeology, astronomy, weather,” he said, laughing.

He said he already has recommended the program to a handful of fellow artists, helping them come up with a better concept of how they can interact with the park. He said the residency that almost immediately catches the idea of many applicants is the one at Haleakala National Park on the island of Maui in Hawaii, but for him, the choice of spending a prolonged period at Chaco Canyon was easy.

“Personally, I find it much better to be in a park in the Southwest than (in Hawaii),” he said. “Most artists, we tend to fall in love with the light and the landscape. And, of course, there’s a long tradition of great artists who have worked here. In fact, you could probably do an entire survey of Chaco just based on the art.”

Vokoun joked that he was a little disappointed he didn’t experience more isolation during his stay in the park, explaining that the staff had outfitted his apartment with a cell phone booster and made sure he had reliable Internet access. Before arriving at the park, he had told all his friends and business associates he didn’t expect to be able to receive text and email messages on a regular basis during his stay. Even when he found out that wasn’t the case, he pretended otherwise.

“I never changed my story,” he said, laughing and explaining that he though the chance to go unplugged and concentrate on his surroundings was part of what attracted him to the program.

Even so, Vokoun acknowledged that some artists might not be able to adapt to those circumstances as well as others, especially if they wind up in a park, like Chaco, without access to nearby restaurants or grocery stores.

“You’ve got to take all your supplies with you,” he said. “I’m used to that, but I could see, for other people, it might be a problem. Artists are not always the best survivalists. … Sometimes you need MacGyveresque skills when you’re in the middle of nowhere to come up with new paintbrushes.”

The artists who take part in the program are afforded a month-long stay on the park grounds or as close by as possible, and are provided virtually unrestricted access to its environs. By far, the most common complaint Ortega heard from the artists who took part in the program during its inaugural year wasn’t the quality of the accommodations or the food or, in many cases, the isolation and the sometimes-sketchy communication with the rest of the world.

It was the length of the residencies themselves, Ortega said.

“That’s actually a crazy positive,” she said. “I had artists tell me, ‘It took me forever to find out about this program, and I want to stay longer than four weeks. We need six months.'”

A stay of that length simply isn’t possible, Ortega said, adding that the foundation has studied the issue and determined that a one-month stay is the optimal time in terms of providing artistic inspiration. There is also the matter of cost, which is prohibitive, and the foundation’s desire to provide opportunities to as many artists as it can.

Funding for the program comes from the National Endowment for the Arts and from private fundraising, but Ortega said the program’s budget is far from comfortable. 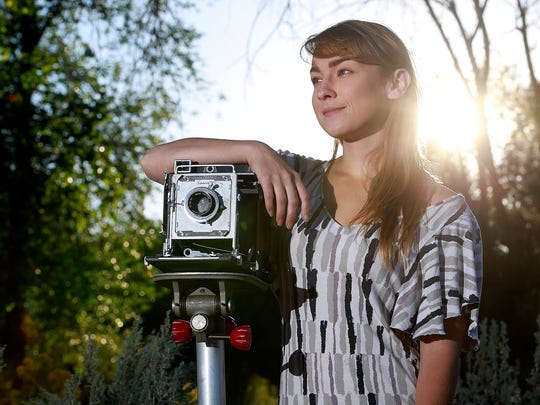 “We can use all the funding we can get,” she said, explaining that one of the primary objectives of the program is to make sure the artists are paid during the residency. “It’s a job, and they need to get paid for it.”

Additional funding would help the foundation address another shortcoming in the program, Ortega said.

“We need more applicants for the New Mexico programs,” she said. “We definitely need more. We can’t advertise any more than we’re doing. We have loads of people apply for programs in other states, but I would love it if there were more here.”

That is problematic, because four of the program’s participating parks are located in New Mexico. The foundation promotes the residencies heavily on its website, but Ortega said taking out a single ad in a national art magazine can cost upward of $15,000.

Then again, those traditional outreach efforts aren’t always the most effective. Despite living in Santa Fe, where the foundation is located, Vokoun said he only became aware of the program through social media.

He said he’s working on an exhibition of material inspired by his stay at Chaco, which he expects to open at the David Richard Gallery. He’s also working with Ortega to schedule presentations on his experience at local museums in the fall.

Those kinds of events will help determine how successful the program is in the long run, she said, explaining that some artists actually produce very little art during their stay in the park — and that’s OK, even if the park staff and visitors don’t understand that. 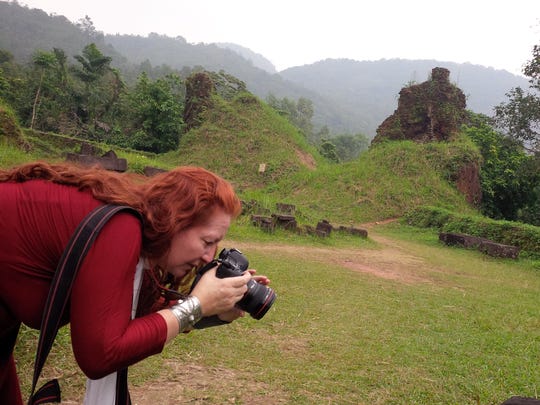 “The parks have a very old-fashioned notion of what art is and what it looks like and what it’s outcome is,” Ortega said. “They think it means plein air painters. The problem with that is, it’s usually not the truth. Even with Thomas Moran, he just did sketches (of Yellowstone) and took that work back to the studio. Everybody is used to seeing the final product.”

Ortega knows that much of the art that results from the program won’t be produced for months or years after the initial experience. That’s why, in the application, when artists are asked to describe what they hope to gain through the experience, their answer doesn’t have to be concrete, Ortega said.

“All that is expected is from them is to look for the inspiration. Let yourself be inspired,” she said, explaining that an artist who served a residency in Death Valley in California responded to that question by saying all he wanted to do was think about what he wanted to do. Ultimately, she said, his experience proved very fruitful.

“His entire experience was not marred by expectation,” she said. “We don’t make them commit x amount of hours toward producing art. The only expectation we have is for them to say, ‘Hey, I want to go do this and be inspired. And if they do have an idea of what they want to accomplish, half the time, it changes anyway. These are artists. You can’t write it in stone.”