Poet describes new book as 'journey of the creative word'

FARMINGTON — Following what he calls a spiritual direction, Jeff Jentz and his wife Karen relocated to Shiprock...

Poet describes new book as 'journey of the creative word' 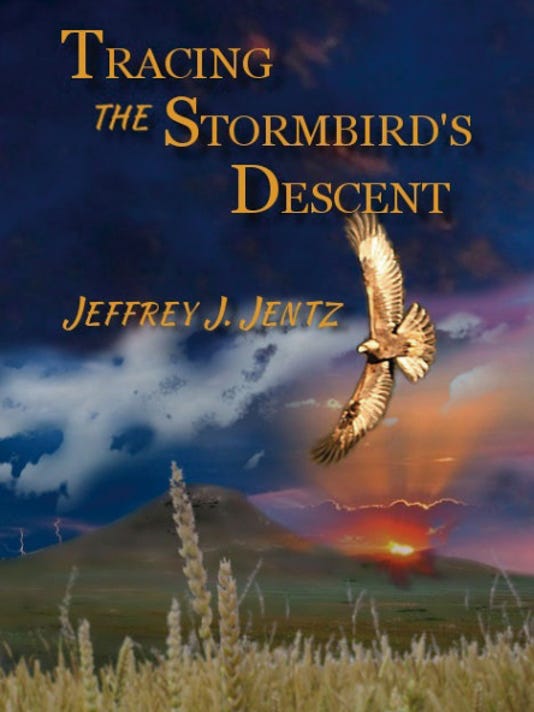 Author Jeff Jentz will sign copies of his 'Tracing the Stormbird's Descent' this weekend at Hastings in Farmington.(Photo: Courtesy image)

FARMINGTON — Following what he calls a spiritual direction, Jeff Jentz and his wife Karen relocated to Shiprock in 2009 and made a life for themselves on the Navajo Nation.

But it is imagery from the many years they spent on the northern Plains in such states as North Dakota, South Dakota and Minnesota that permeates his new poetry collection, "Tracing the Stormbird's Descent." Jentz describes the 110-page book as a journey of the creative word divided into three sections — the Valley of Search, the Valley of Love and the Valley of Knowledge.

"I'm having a lot of fun with it," Jentz said of the experience of writing the book last week as he prepared to deliver a presentation and sign copies of the book this weekend at Hastings. "One has a vision, and one feels it has values that can be transmitted and shared with others. The power of the creative word itself empowers the soul — that's why I do it."

Jentz is a North Dakota native who grew up near the Red River Valley, and material in the first third of the book is devoted to that region. Along with serving a stint in the Navy, he earned master's degrees from the University of North Dakota and the University of Arkansas while learning the craft of writing from the likes of Robert Bly ("Iron John: A Book About Men"), Robert Hayden (former U.S. poet laureate), Lois Hudson ("The Bones of Plenty") and Miller Williams (noted poet and novelist, co-founder and first director of The University of Arkansas Press, and father of famed singer-songwriter Lucinda Williams).

Jentz's work has been published in North Dakota Quarterly, Great River Review, New Voices and World Order, but "Tracing the Stormbird's Descent" is his first book.

He said his presentation this weekend will have a strong visual component, with props and lots of colorful images. His readings of his works will be accompanied by guitar and drums, with audience response playing a big role. In addition to a question-and-answer session, Jentz said audience members will be encouraged to express what they see in his poetry and what images strike them.

"I definitely want it to be interactive, and it is when people hear something," he said. "If they respond to it, they want to ask questions."

Jentz, who teaches English at the Teec Nos Pos branch of Navajo Technical University, already has plans for a second book, one that he said will include his impressions of life in the Four Corners, along with exploring such themes as unity and diversity.

What: Presentation and book signing by author Jeff Jentz for his book “Tracing the Stormbird's Descent”
When: 5 p.m. Saturday, Aug. 15
Where: Hastings, 3020 E. 20th St. in Farmington
For more information: Call 505-368-4535
CONNECTTWEETLINKEDINCOMMENTEMAILMORE
Read or Share this story: https://www.daily-times.com/story/entertainment/2015/08/12/jeff-jentz-plans-presentation-new-book-at-hastings/32025311/