FARMINGTON — An attempt by former presidential candidate Chris Deschene to reenter the race has been quashed by... 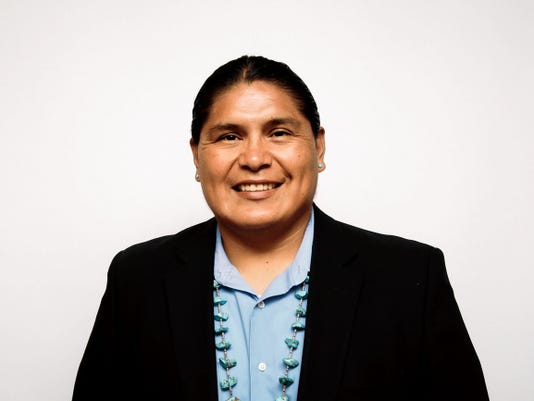 FARMINGTON — An attempt by former presidential candidate Chris Deschene to reenter the race has been quashed by the tribe's Office of Hearings and Appeals.

Last month Deschene filed a motion with the office, citing a section of the tribe's Rules of Civil Procedure, asking it to invalidate all decisions made by Chief Hearing Officer Richie Nez regarding Deschene and to declare Deschene, once again, a presidential candidate.

Joe Aguirre, a hearing officer, denied Deschene's Dec. 29 motion, stating that the office does not have the authority to use the Rules of Civil Procedure because it would interfere with the office's quasi-judicial independence.

The ruling also explained that Nez had the proper credentials to serve on Oct. 9 when he determined Deschene did not qualify as a presidential candidate.

Nez issued a default judgment against Deschene after he refused to take a test designed to determine his ability to speak fluent Navajo, which is a requirement for the presidency.

Nez's qualifications were called into question when former presidential candidate Myron McLaughlin filed an unrelated appeal with the Navajo Nation Supreme Court in December. That appeal cited a section of Navajo law requiring that the chief hearing officer be an attorney licensed by the Navajo Nation Bar Association and by a state bar association in one of the states the tribe's boundaries cross.

Aguirre wrote that the office researched that section of Navajo law and discovered an error in the 2009 copy of the tribal code.

The office was created in 1993 by the Government Services Committee and was reauthorized in 1995 with a new plan of operation, which stated that hearing officers must be advocates admitted to the Navajo Nation Bar Association or attorneys licensed to practice law in tribal courts. Possessing a state bar license is not required. An advocate is a person who has a legal degree and is a member of the Navajo Nation Bar Association, but is not a state-licensed attorney.

"It is not clear why the new plan of operation is not set forth in the Navajo Code," Aguirre wrote, adding that it appeared to be an "oversight" by those who codified the law in 1995.

Another possible explanation is that when the Government Services Committee approved the office's establishment, it was too late to include it in the updated version of tribal law.

"Thereafter, it appears that those who are responsible for updating the code dropped the ball by not incorporating the 1995 resolution into subsequent code," Aguirre wrote.

Based on this research, Aguirre determined Nez was qualified and all previous orders from the office are valid.

A call to Deschene's lawyer, seeking comment about the ruling, was not returned.

The presidential special election has been postponed since November and no date has been announced by the Navajo Election Administration.

The Supreme Court ordered the special election be held by Jan. 31, but Navajo Nation President Ben Shelly signed a tribal council resolution setting dates for a special run-off in June and a general election in August.